15% OFF E-LEARNING - PLUS PACKS & BLENDED COURSES

Use offer code: NSWFEB23NZ
About ITIL

The training style and material was appropriate and the exam booking was seamless. 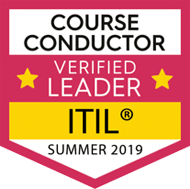